Students will demonstrate the ability to reflect
critically and self-critically on relationships between
​Christian faith and various  forms of systemic injustice.
The Christian church is the community of people - whether gathered or scattered - who are simultaneously exploring, questioning, worshiping God and serving one another in the Christ. Every person at different points of their journey with the Divine, uniting in their worship of that Higher Power and being able to do much greater things together than a part. I used to believe that the church failed in its witness to God if it failed or messed up. I came into seminary still harboring sadness at the church's failure to fully live into its ideal. It is the sad reality that across the history of Christian experience, innumerable atrocities has taken place under the banner of the church. However, I am coming to understand it more now as an incubator for creative and transformative activity in the world. It is the community that ought to nurture, affirm, equip and deploy its members to give up the ambitions of the ego, and instead pour their effort, their time, their resources into something that works to alleviate human suffering and/or elevates human flourishing.

This has led me to the United Church of Christ and the artifact that I have submitted for this SLO. I am learning how deep the roots of advocacy, good news, liberation and justice run through the founding traditions of the UCC. I have been surprised by how deep these roots run in the UCC and excited to play a part in following on this legacy. The 6-week curriculum on UCC History, Polity and Theology that I've submitted here could be used to guide a UCC congregation through further exploration of our own heritage and legacies. My opening discussion question in week 1 of this curriculum is to ask how does our Local Church continue to benefit from i) the dominant historical narrative, and ii) the hidden narratives within our own tradition? My desire is to challenge members within my tradition to critically reflect on the aspects of the past that can indeed be retained, but also to be honest about the -isms that need to be named in confession, and repented of going forward. My study of UCC History revealed some ways into which our own re-telling of our denominational story can harbor biases certainly, and often a white paternalism that had a diminishing effect on the dignity of black people. My study and critical reflection on Christian experience, and history of the UCC in particular, has opened my eyes to see just how Euro-centric this version of history is, and how white-washed it is with the contributions and advances made in non-white communities almost completely ignored.

Being able to examine and critically think about our shameful past through my various classes has been both liberating and deeply challenging. I have learned through my classes in seminary and through the UCC denomination about the violence and prejudice that the Christian church has been and remains complicit in. These are forces that historically (and still now), are used to divide, subordinate and control others because of religion, race, wealth, gender, sexuality or any other artificial means. Yet, I am more convinced now than ever become that mission of the church and people of faith going forward must be one that dismantle systems of domination, prejudice and supremacy. 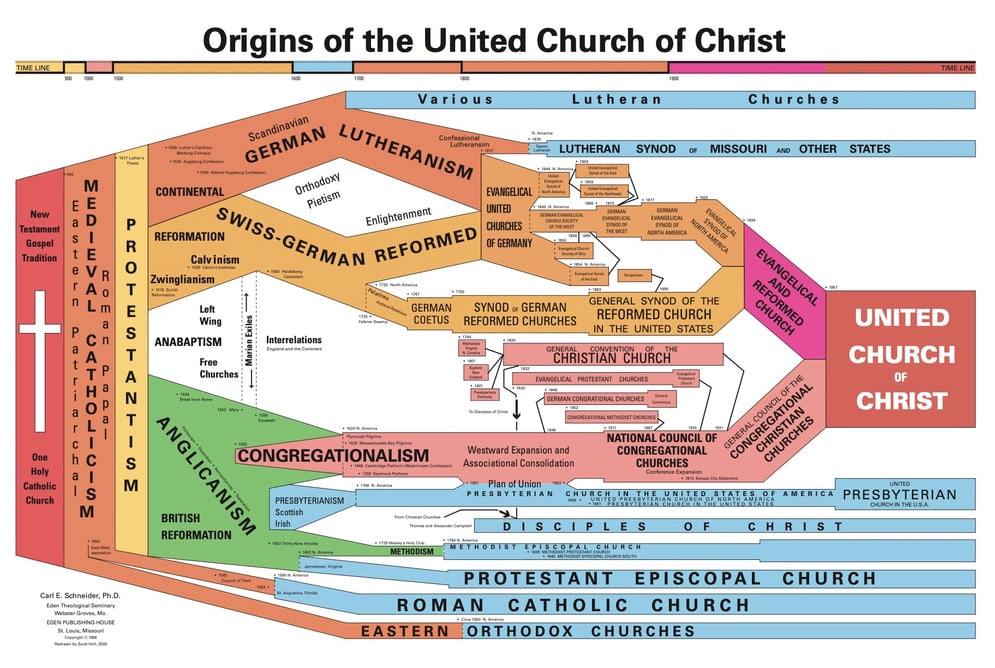